You are here: European Initiative for Education > The Association

Board of the association

The board consists of 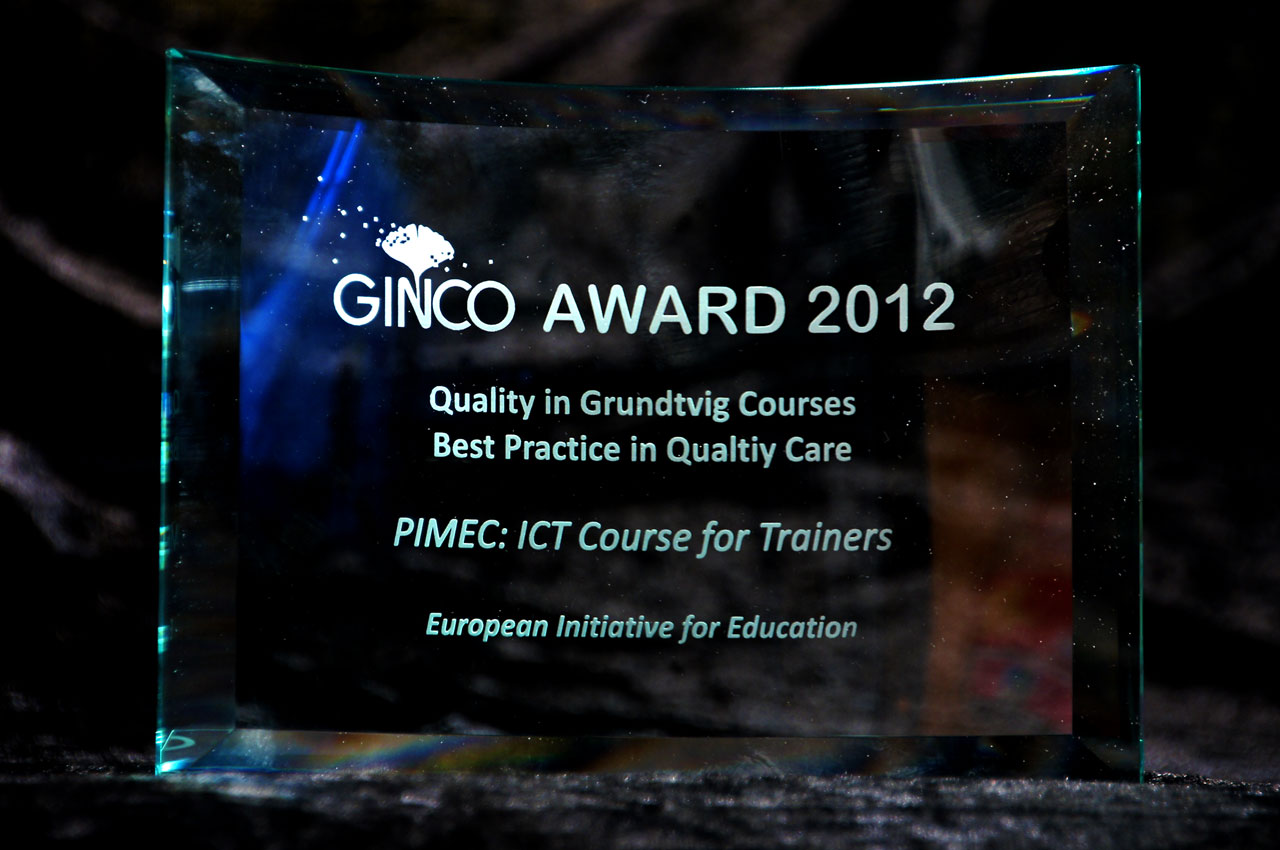 Peter Mazohl from the Europäische Bildungsinitiative EBI/EIE received the GINCO Award 2012 for Quality in IST Trainings for the course PIMEC (Producing Interactive and Multimedia based eLearning Content). The course was developed and also hold by Peter Mazohl in Wiener Neustadt in June 2012.
The award ceremony took place in Alden Biesen / Belgium on September 28th, 2012.
There were 3 different classes of awards (Use of ICT, Validation, and Quality) given to IST course providers in the total sum in Europe. This award reflects the high quality of the courses of the EBI.